As a long time, medical worker, I’m generally a believer of western medicine. And although I’d like to believe in magical herbal concoctions, as well, I tend to be a bit skeptical. But my eyes have been opened a lot in regards to eastern medicine, in Southeast Asia; from reflexology and acupuncture to medicinal sea creatures, such as Langkawi’s Gamat Sea Cucumbers.

The medicinal use of sea cucumber (gamat in Malay) is one of those herbal specialties that traditional Malaysians have embraced for years. I’d seen the word ‘gamat’ on signs, but never even thought twice about it. It wasn’t until a local Malaysian friend suggested I use gamat for a nasty wound I had, that I discovered its true magic.

She told me it was for “hole in the lung”. As a respiratory therapist that caught my attention, but she briefly explained how the oil could heal wounds quicker and the pure juice could improve internal health. Trying to keep an open mind, I indulged her with enthusiasm and bought some gamat. And skeptic that I usually am? I was amazed at the rather immediate healing of my ugly cut.

It wasn’t until later, that I went looking for a gamat factory or processing plant for more information. I chose Nusantara, because it has the nostalgic feel of the real deal. Complete with a huge statue of a bottle of gamat out front. Nusantara is very popular among tourists and Gamat shoppers. But, as I was informed, one of many in Langkawi. There are now also about 45 mind-boggling variations of gamat products available and Nusantara has them all. They also have historic information available and displays of exotic herbs.

Apparently, Langkawi was once abundant in sea cucumbers until their medicinal properties were discovered. The demand was big and the population quickly diminished. Sea cucumbers are now also brought in from Thailand, so that the Langkawi Sea Cucumber population can recover.

My Nusantara guide showed me their gamat processing area. A giant caldron of gamat simmering for 3 days over a slow burning fire. It was explained to me that if only pure sea cucumber is used, you get the pure Ayer Gamat (Gamat Water), for oral consumption. But if coconut oil and plant ingredients are added you get Minyak Gamat (Gamat Oil), for external use, including for use on toothaches.

I had heard that a person could put their hand in boiling gamat and it wouldn’t burn. So, I asked my tour guide (Farah) if that was true. Yes and no, she told me. If you do it quickly (which she demonstrated) you won’t get burned! Ah, ok. No, I didn’t try it. But you can! Next time you’re visiting Langkawi, stop in to Nusantara and see for yourself. You’ll find it much more interesting than just reading about it. (This post was updated 2021)

Have you ever tried Gamat? What’s your favorite Gamat product? 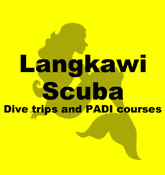