Despite its significant historic background, Muzium Kota Kuala Kedah (Kuala Kedah Fort Museum) may be one of the most under promoted sightseeing venues in Kedah. I, myself, had passed it for over 10 years and didn’t have a clue that the fort and museum even existed. Although its landmark lighthouse is very visible from the Kuala Kedah Jetty (which I have frequented many times in my travels to and from Langkawi Island), I had always thought that it was ‘just a pretty lighthouse’. But there is more, lots more.

Kuala Kedah Fort (also known as Fort Kuala Bahang) is one of the oldest Malay forts in northern Malaysia. It’s seen a lot of history since its original completion in the 1600s. It was originally built of clay, bakau timber and bamboo by then ruler Sultan Sulaiman Shah II (1602-1626) and their Portuguese allies. The fort was initially built to help fight off the Ache Sultanate, who at the time had been destroying pepper plantations in Langkawi in order to take over the region’s pepper industry. Sultan Mahkota Alam and the Ache Armada eventually attacked the fort in 1619 and took around 7000 prisoners; including Sultan Sulaiman Shah II.

In 1770, the Bugis Armada also captured and occupied the fort, but a year later, with the help of Captain Francis Light, the Bugis were ousted. Sultan Abdullah Mukarram Shah (1778-1779) rebuilt the fort with stones and bricks. The rebuilding, was completed in 1780, using India labor and fortified with cannons purchased from the British and Dutch. Replicas of those cannon can be seen at the Kuala Kedah Fort.

Despite being repaired numerous times over its lifetime, the fort suffered further damages when the Siamese army attacked in 1821. Under the guise of a friendly visit, Thai princes Pya Buri Saknuton and Pya Sina Nuncit took advantage of the fort commander Bendahara Dato Paduka Maharaja Sura’s ceremonial welcome to surprise them ungraciously with a massacre.

Yes, this fierce little fort has survived many violations and insults, yet decades later, Kota Kuala Kedah was still important enough to ‘protect’ and preserve by honoring it with a well-maintained museum filled with historic information and artefacts. The museum officially opened in 1999. It was designated a historic monument and site under the Antiquities Act 1976 in August 1978.

Memories of the Kuala Kedah Fort

Remnants of the old fort and various buildings presently lie like gravestones throughout the grounds, but the Lighthouse is still proudly standing. Built in 1891 (according to its info plaque), the funding for the lighthouse came from the Thai government during the reign of King Rama V (King Chulalongkorn (1868-1910). Today the lighthouse is still functioning and maintained by the Marine Department of Malaysia.

In 1909, when Kedah fell under British rule, the new powers-that-be decided to rearrange the furniture so to speak. The Kota Kuala Kedah Museum’s Colonial-Malay style building was erected and used as an administrative and educational center for the ‘new’ British government. During the Japanese occupation of World War II, it was used as a military training center.

The famous Kacapuri gate (archway) was originally built in the mid-1700s, during the reign of Sultan Muhammad Jiwa Zainal Adilin Mu’adzam Shah II (1710-1778); the 19th Sultan of Kedah. It was apparently the original main entrance to the fort at that time and likely coincided with the rebuilding of the Kota Kuala Kedah after destruction from previous enemy attacks.

The red bricks used in building the surrounding walls were originally made of chalk from crushed shells, local soil, egg whites and honey; a popular recipe and technique used by Indian brick layers (similarly used at Perak’s famous Kellie’s Castle).

The British are also credited with building a new archway to replace the old Kacapuri Archway. That archway, by the way, finally collapsed in 1970 and was rebuilt in 2000 by the Department of Museums. It was rebuilt using documented actual measurements and once again stands proudly at the Kuala Kedah Fort in Kuala Kedah. So impressive is the Kacapuri Gate that there is a duplicate of it on the grounds of the Kedah State Museum.

With all of the history spanning the many decades, it’s no wonder the museum has such an eclectic assortment of historic treasures on display with over 60 artifacts, including archeological findings, ceramics, cannon balls and old cannons. Display information and historic timelines are provided in English and Bahasa.

The exhibits are divided into six sections; Introduction, The Fortress, The British Period, The Japanese Period and the Post-Independence Period. This makes it much easier for visitors to absorb and understand the fort’s fascinating journey.

Today Kota Kuala Kedah Fort and Museum remains an important Kedah historic site with loads of information to share. The grounds are surrounded by old and new brick wall with various cannon ports for a few sea facing cannons. All in all, it’s quite an interesting museum and would likely appeal to fort-loving, children as well as anyone interested in history.

Getting to the Kuala Kedah Fort

Kota Kuala Kedah Museum is about 11km from Alor Setar and less than 5km from the Kuala Kedah Jetty. The fort is about a 15-minute drive from the ferry terminal (or RM5 GRAB taxi ride). From Alor Setar, it’s only about 13 kilometers (or about RM15 GRAB taxi ride). You’ll have no problem getting a taxi pick up either, so there is no need to have any drivers to wait for you.

For more things to see and do in the Alor Setar, Kedah area:
First Time Visitor’s Guide to Alor Setar, Malaysia 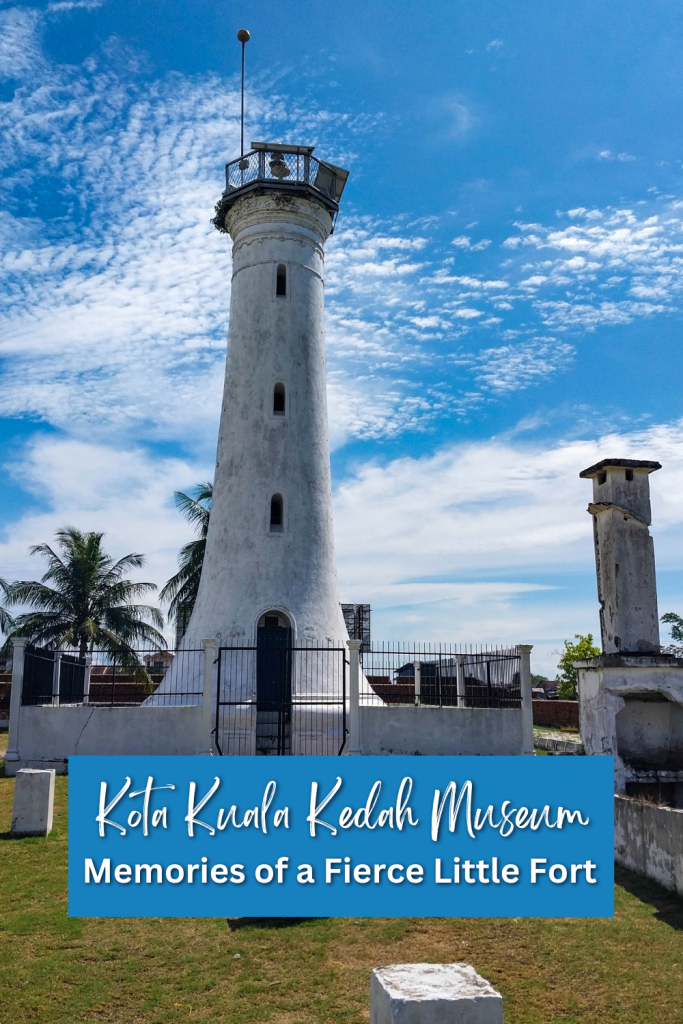 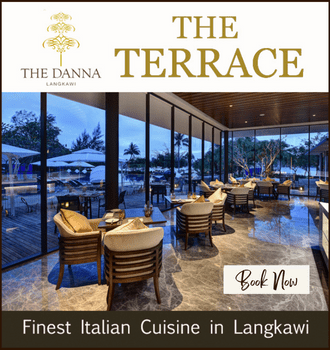